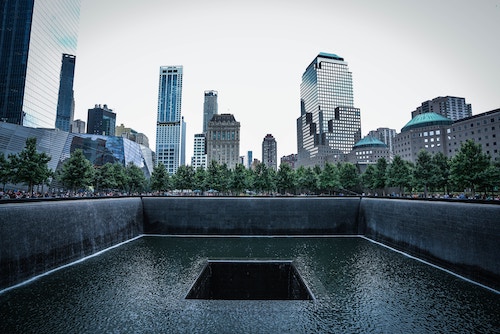 On September 11th, 2001, American history, and the world, was forever changed. September 11th became a sad day for all of us. I can say that I remember this day vividly. I could tell you exactly where I was, how I found out, the sadness and tears that ensued after the towers fell.

I have never seen the citizens of New York, of America, and of most of the world, pull together as I did that day. I can remember countless volunteers, and people offering their homes and hot meals for victims and family members.
Even the music industry banned together to offer whatever they could in order to help. Artists such as Bruce Springsteen, Stevie Wonder, U2, Wyclef Jean, Faith Hill, Alicia Keys, and Bon Jovi performed at the September 21st telethon America: A Tribute to Heroes, which raised $150 million for United Way. This started a series of fundraising concerts which brought the world together in honor of 9/11.

It is important that we never forgot this tragic event.
Please join us today as we honor all who fell with the towers, and express our deepest gratitude and condolences to them and their families.
If you would like to visit the 911 Memorial, click here.