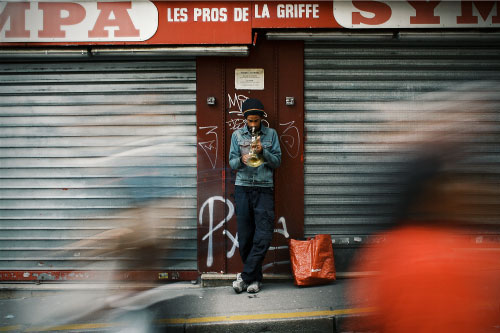 Have you ever wondered what makes your voice sound different than someone else’s? Or perhaps why the sound of a trumpet playing middle C sounds different than say, a violin? These different sound qualities are known as timbre, which gives each instrument or voice it’s own unique tonal characteristics.

To understand timbre you need to understand the overtone scale or the harmonic series. In any one note there are actually multiple notes being played, whether we can hear them or not. For example, if we played a C two octaves below middle C on a really long string and then cut the string in half, we’d end up with a C that was only one octave below middle C. If we then cut the string in half again, we’d end up with the note G. Each time you halve the string you get a different note that is higher in pitch. Based on the laws of physics, this is called the overtone scale.

The first note, which is the lowest C on the piano in this case, is called the fundamental. Every note above that is called a partial or a harmonic. This illustration shows up to twenty partials. Brass players in particular rely on the overtone scale to play their instrument. Their lowest note is called the fundamental; the faster they vibrate their lips into their mouthpiece will result in the next partial being heard.

When a string comes into contact with a note that is the same frequency, that string will begin to vibrate on it’s own. This is called sympathetic vibration. The phenomenon can be observed when you play a low E on a guitar. If you notice and listen carefully you can hear other notes and other strings begin to vibrate, because in the low E string there are many other partials setting off the vibrations in the other strings. Here is a demonstration of the same concept on a piano (see if you can hear the higher notes in the overtone scale as shown): basics of sound-the overtone scale

What makes each instrument and voice unique is that some of these partials are louder than others, or in some cases not present at all. These different combinations result in the tone color or timbre of whatever object we are talking about! Listen carefully to any instrument and see if you can hear the higher partials singing through.